Starting in 2003, Sumitomo Mitsui Trust Research Institute Co., Ltd. has conducted the "Survey on Private Real Estate Funds" as part of its research activities concerning real estate investment markets. Based on the results of the survey, hearings and published information, we estimated the market size of private real estate funds (on an invested asset basis) as of the end of December 2019 to be 20.2 trillion yen.

※It should be noted that this survey was conducted in January and early February 2020, prior to the increase in the impact of COVID-19 coronavirus, which will begin to appear in the next survey result. 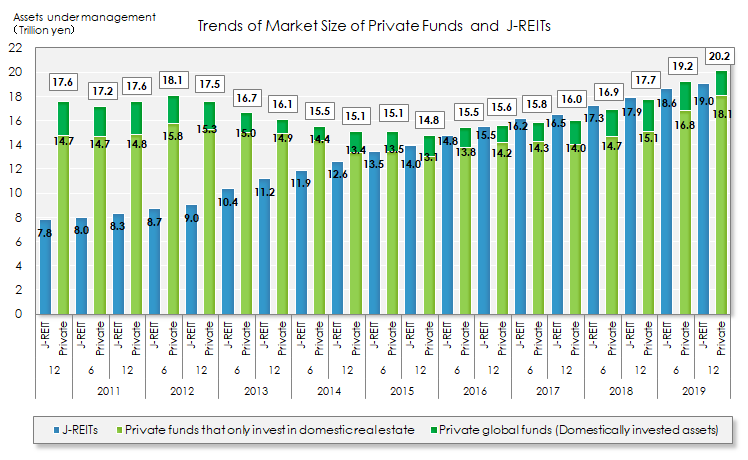 (*)We define "global fund" as a fund targeting real estate investments in various countries including Japan.